When is the rut for deer? How do you hunt the rut? Learn about whitetail deer rutting behavior and get useful tips for hunting all three phases of the rut.

The rut is the most epic time of the year—for hunters and whitetails alike. It’s the season when cagey stags daylight, crisp mornings dawn, fall colors blaze, and the clashing antlers of sparring bucks clang through the woods. It’s downright magical. The rut is the storied, glory days of the hunt.

In more practical terms, the rut is the breeding season when whitetail does are in estrus, or heat, and bucks are hot on their heels in search of a willing mate. Most bucks abandon their natural caution during this time, resulting in both bucks and does on the move. The commotion makes the forest come alive with movement and sounds that can seem almost chaotic compared to its usual stillness.

Because of this uptick in activity, rutting season is when hunters have the best chance of sighting deer and rooting out wary bucks. So just exactly when is this magical time, and how can you best hunt it? 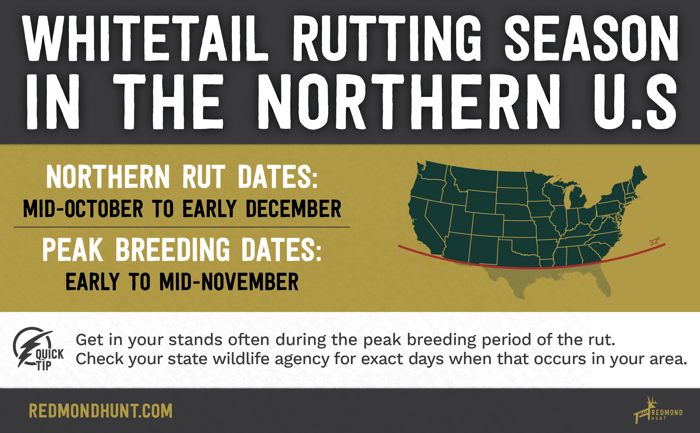 When Is Deer Mating Season?

When the rut occurs for deer depends on location. The exact timing varies across the U.S., and especially in the South. The southern rutting season is highly erratic and can range from August to February and differ even from county to county.

In the northern three-fourths of the country, the whitetail rut is happily predictable—allowing hunters to plan exactly when to hit the woods for the greatest hype. Generally, in the region north of Earth’s 32nd parallel deer go into rut around mid-October to early December, with the peak occurring early to mid-November.

What Triggers the Rut?

When deer rut isn’t triggered by cool weather, delayed by a mild fall, or influenced by moon phases—but these factors definitely do affect behavior and activity and you should consider each in your hunting game plan.

So what does trigger the deer rut? The National Deer Association notes decades of data collection by state wildlife agencies and university research proves photoperiod (length of daylight) is what triggers estrus in does and begins the rutting period. And it happens at the same time, year after year, like clockwork.

Mississippi State University explains it this way: As daylight wanes in fall, “a series of hormonal events are set in motion that result in egg development and release, and of most importance to a hunter, the behavioral changes that make females particularly attractive to bucks and receptive to their attention.”

So, ultimately, it’s Mother Nature who decides when rutting season is. She synchronizes whitetail breeding so fawns are born in the spring at a time that maximizes their chance of long-term survival. Pretty smart. A doe’s internal clock tells her it’s time to entertain the opposite sex for optimal herd survival, bucks begin to chase with abandon, and it’s game on for deer and hunters alike.

Three Phases of the Rut

Rutting season can be divided into three major phases: pre-rut, peak rut, and post-rut. Behaviors change during each stage, and knowing what deer are up to can help you know what tactics to deploy to improve your chances of wrapping a tag around a nice rack. Let’s talk about each.

Pre rut for whitetail deer begins in late September and continues into October. Feeding is a deer’s foremost activity during this time. Both does and bucks are focused on increasing fat supplies in anticipation of winter, pregnancy, and the physical demands of the mating season. Find pre rut hunting tips and deer behaviors below. 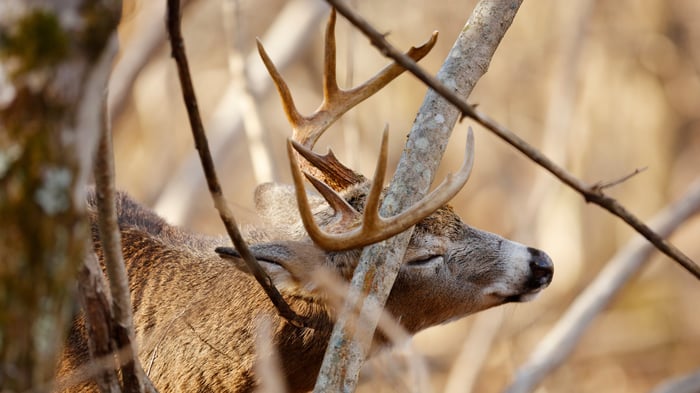 The rut spans from approximately late October to late November. As it arrives, mature bucks become increasingly active, attempting to establish dominance within their territory. During this time, they abandon typical daytime habits and begin moving about in search of a mate. Bucks are more distracted, less cautious, and a heck of a lot easier to hunt as they engage in three main activities: seeking, chasing, and tending. 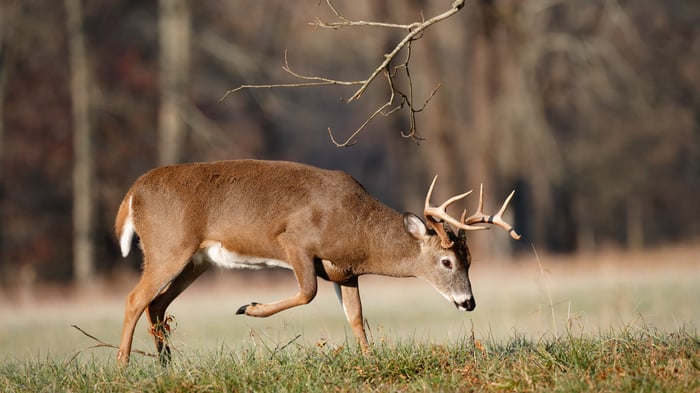 As the rut tapers off around early December, both males and females focus once again on finding food. Refueling is especially important for bucks, as some can lose up to 20% of their body weight during the exertion of the rut. Increase your odds of taking a late-season buck by knowing the post-rut hunting tactics and deer behaviors below. 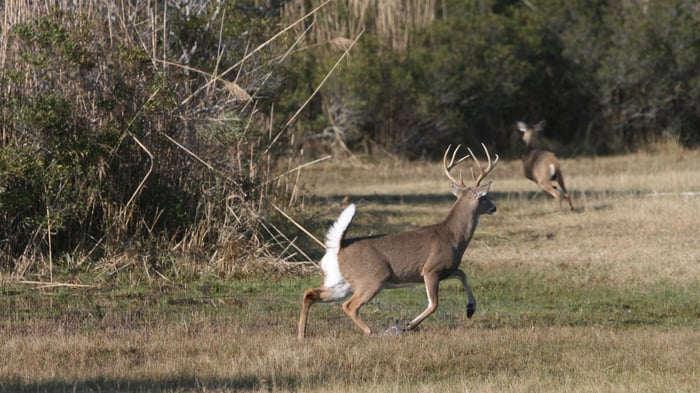 Best Advice for Hunting the Rut

Knowing the ins and outs of whitetail antics will help you strategize and take your best shot at a rut-crazed buck. But of all the tactics we’ve mentioned, the most important is probably to just get in your stand—a lot—during the peak breeding period. Check with your state wildlife agency for a range of days when that occurs in your area. And good luck!

Ready to rock your hunt? Go armed with Redmond Bomb deer mineral attractants and cover sprays. Click below to visit our online store and purchase today. Or check out the video below for last-minute hunting tips from our Redmond team.

Hunting season has wound down and winter is howling at the door. It’s time to put your gear away…...

Redmond Hunt History: How Trophy Rock Was Made
0 Comments 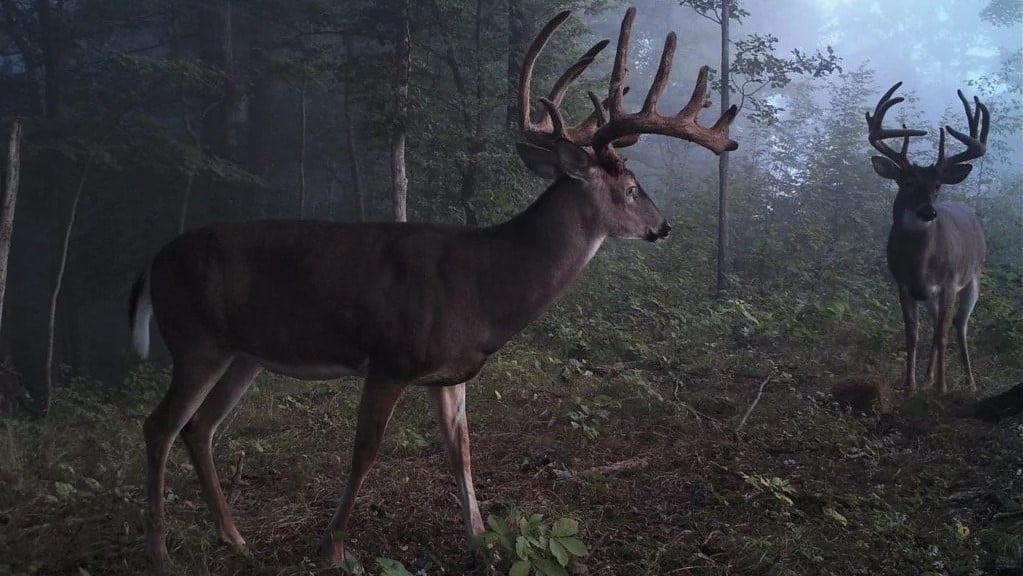 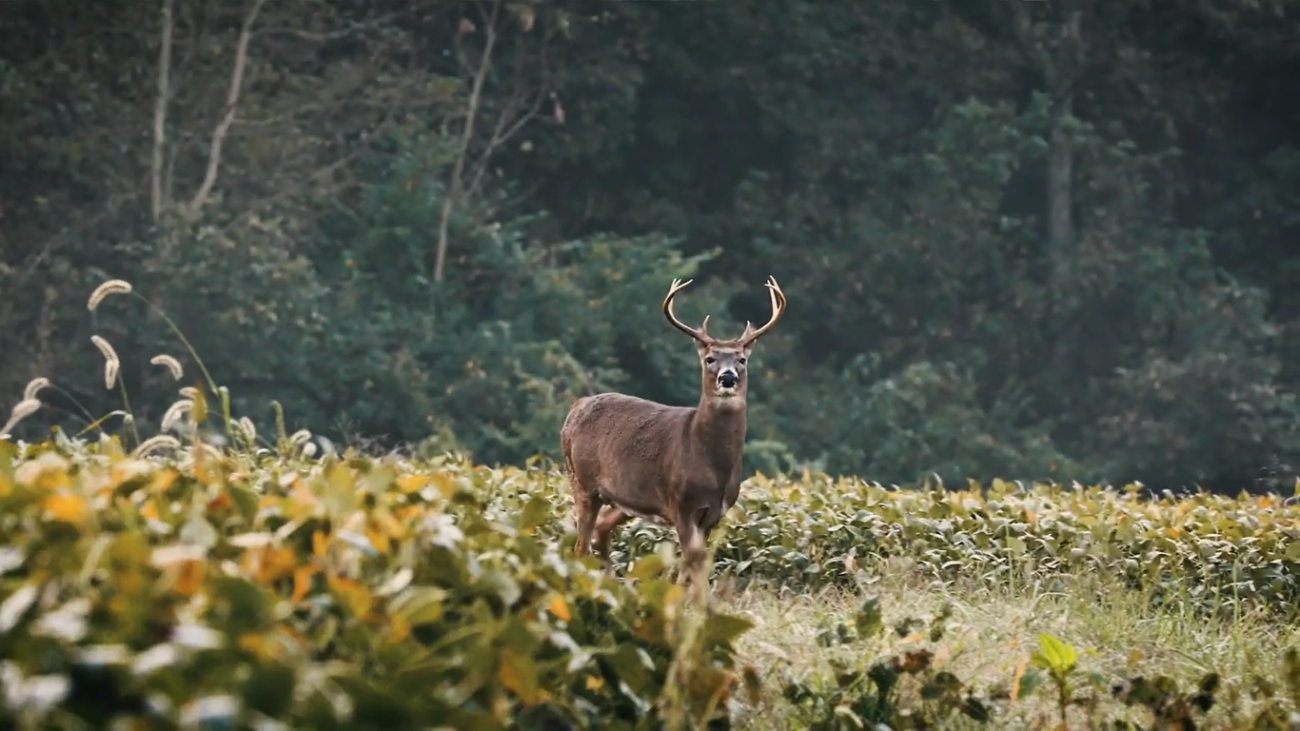 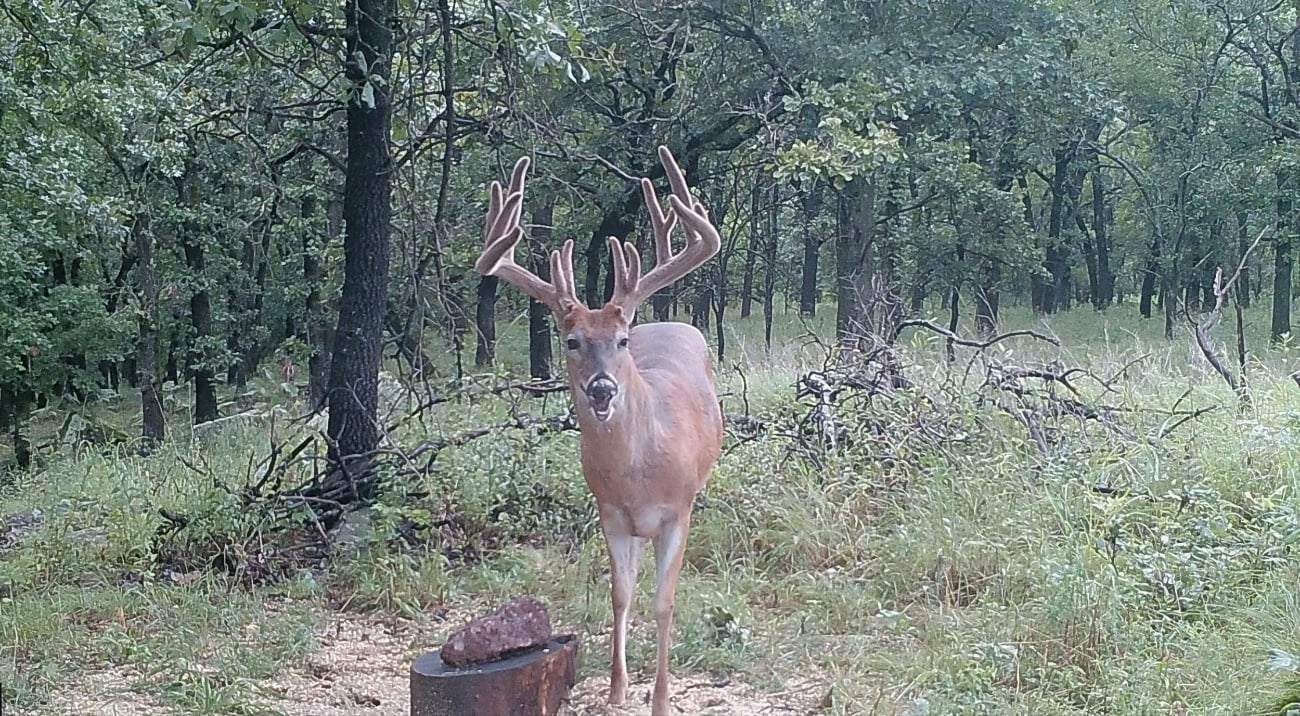 If you're like us, the thrill of the chase, time with family and friends, and a wonder of the...