Have you tried The Bomb? Deer can’t resist it!

How do you get a nocturnal deer to come out during the day? Learn why whitetail deer go nocturnal and how to hunt nocturnal bucks during daylight hours.

The sun slowly dips below the horizon behind your tree stand. You’re hanging onto the last rays of light and hope for sighting that elusive nocturnal buck. Then dusk descends, it’s weapons down—and once again the trophy your trail cam is compulsively snapping photos of at night has evaded you. You’ll go home and reinvent your hunting strategy and he’ll live to fight another day.

For early- and late-season whitetail hunters, getting a mature buck to daylight—and making sure you’re in his path when he does—can be a maddening challenge. It requires wicked-good woodsmanship, the right hunting conditions, and more than a little luck.

Let’s talk about the legend of the nocturnal buck, whether it’s myth or fact, and what you can do to successfully hunt mature deer in daylight.

A buck that’s “gone nocturnal” is a familiar term in hunter-speak. It refers to deer changing activity patterns to move more after dark than during the day. And since it’s illegal to hunt by moonlight… well, that presents a problem for hunters.

But are bucks really nocturnal? Do they only move at night when they’re not fair game for hunters? Not exactly. Whitetails are crepuscular: they’re most active near sunrise and sunset, and typically more active at night than during the day. This is especially true for mature bucks.

Matt Ross with the National Deer Association explained: “…you can count on two things when talking about mature bucks: they move most at dawn and dusk and during the rut. It’s in their DNA.”

But this doesn’t mean deer aren’t active at all during shooting hours. We know they need to feed at least twice during the day, and certain other motivating factors can get bucks on their feet when the sun is overhead. We’ll talk more about that in a bit, but first, what makes bucks go nocturnal?

Why Don't Nocturnal Deer Come Out During the Day?

While deer aren’t nocturnal in the true sense of the word, wise old whitetails can still perform a convincing daytime disappearing act. So where in the woods are they? Let’s look at reasons you may not see bucks during daylight. 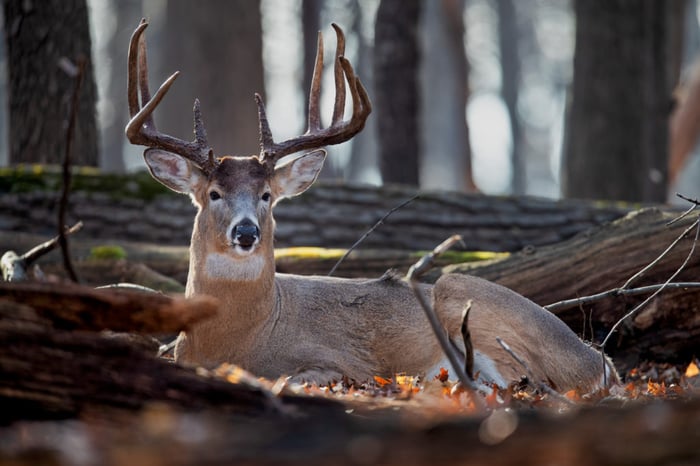 It’s highly likely your target is simply limiting movement to a small area that meets all his survival needs. A buck’s home range is about one square mile in size (though this can increase significantly during the rut) and is where he lives 90-95 percent of the year.

Within that home range a buck has a core area that’s around 60-85 acres. This area usually has ample food and cover and is where he spends at least 50 percent of his time—or more if he’s feeling pressure from hunters. A buck’s core area is also typically a densely vegetated, gnarly, tangled thicket of woods that’s easy to hide in and ridiculously hard to hunt. Go figure.

Check out this cool visual study by the National Deer Association. It shows a collared buck’s movements from June to October. Notice how tight his core area is and how little he strays from it day or night—that is, until cooler weather and the rut begins. And even then, he’s mostly moving at night.

To harvest this buck—and others like him—a hunter needs to know the deer’s core area and close in during daylight hours, without being detected, through thick vegetation. Difficult? Yes, but for the savvy hunter, not impossible.

Research also suggests as deer age, site-fidelity increases. In simple terms, big bucks are loathe to leave or change where they live as they get older. So we can assume a reclusive, mature deer is probably sticking close to the comforts and security of home (his core area) where he’s survived for several or more years. This contributes to fewer sightings—daytime or night—by hunters.

Hot summer days stifle movement and usually cause deer to hole up. If it’s early bow-hunting season and 80 degrees? You should probably bank your expectations of encountering a big buck during daylight. Deer will venture out at night instead when temps cool.

Areas with lots of daytime human activity—especially from hunting pressure when the season is on—will probably see little daytime deer activity. Strange smells, the whine of motorized vehicles, even subtle noises like the scrape of a zipper or Velcro contribute to bucks retreating and turning nocturnal.

Every buck is huntable, even the elusive night dwellers that make it seem impossible. So how can you increase your success of harvesting a nocturnal buck during the day? Here are seven suggestions.

You know how key a deer’s core area is to survival, so figure out where it is—and particularly where your nocturnal buck’s bedroom is—and you’ll likely find his daytime hideaway. Scouting and using trail cameras to survey deer can be great tools to help you gather intel, pattern a buck’s movements, and hone in on his core area.

Deer have preferred travel corridors from bedding areas to food sources. If you’re within your deer’s core area and on his preferred trail? Chances are you’re going to encounter him during daylight at some point. Again, trail cameras are handy to help you determine frequently used travel routes.

A powerful motivator to get deer up and moving is a significant cold front or precipitation event. Early or late season weather changes often trigger nocturnal bucks to move a bit more during shooting hours. Get in the woods when weather changes, and also remember to hunt the wind intelligently.

A deer’s nose is its most powerful survival tool. It allows them to sense danger, find food, and sniff out other deer from a half a mile away or more. That also means deer can smell you from a crazy distance. Eliminating your scent is critical when hunting a reclusive nocturnal buck. This blog has tips to help you do that.

You’ve probably been told ad nauseum not to spook the deer. But most of the time we don’t realize just how much noise we make—even when we’re trying to be ultra-quiet. Wrappers, snaps, crackling packs, carabiners clinking metal—and especially our side-by-sides—are like death knells to deer’s fine-tuned ears. Get in and out of ambush locations silently and create noninvasive access points to stands and cameras so as not to disturb wary bucks’ core food sources and bedding areas.

Sunrise and sunset are when deer are naturally inclined to move, so of course that’s when we hunters hit the woods hard. To avoid pressure from the crowds, try hunting nocturnal bucks from more secluded areas or at midday, when many hunters abandon their efforts for a few hours. Specifically, try the hours between 10 a.m. and 2 p.m.; this period has proven fruitful for persistent hunters and studies show it’s a time when deer move—particularly if it’s chilly.

If all else fails and your target buck refuses to daylight, wait until he follows the call of nature during the rut. The breeding season is the most powerful influence on a nocturnal buck and the most likely time he’ll roam. Most mature bucks will cruise outside core areas and even beyond the boundaries of home ranges during the rut—within hunting hours. You just need to be in his path when he does. Find tips on how to successfully hunt the rut in this article. And good luck!

Did you know Redmond Apple or Cherry Bomb long-range deer attractant and supplement can be a super effective way to lure in nocturnal bucks? Introduce the Bomb at camera sites or near stands and bring hard-to-hunt bucks to locations you choose. Pick up some today in our online store! 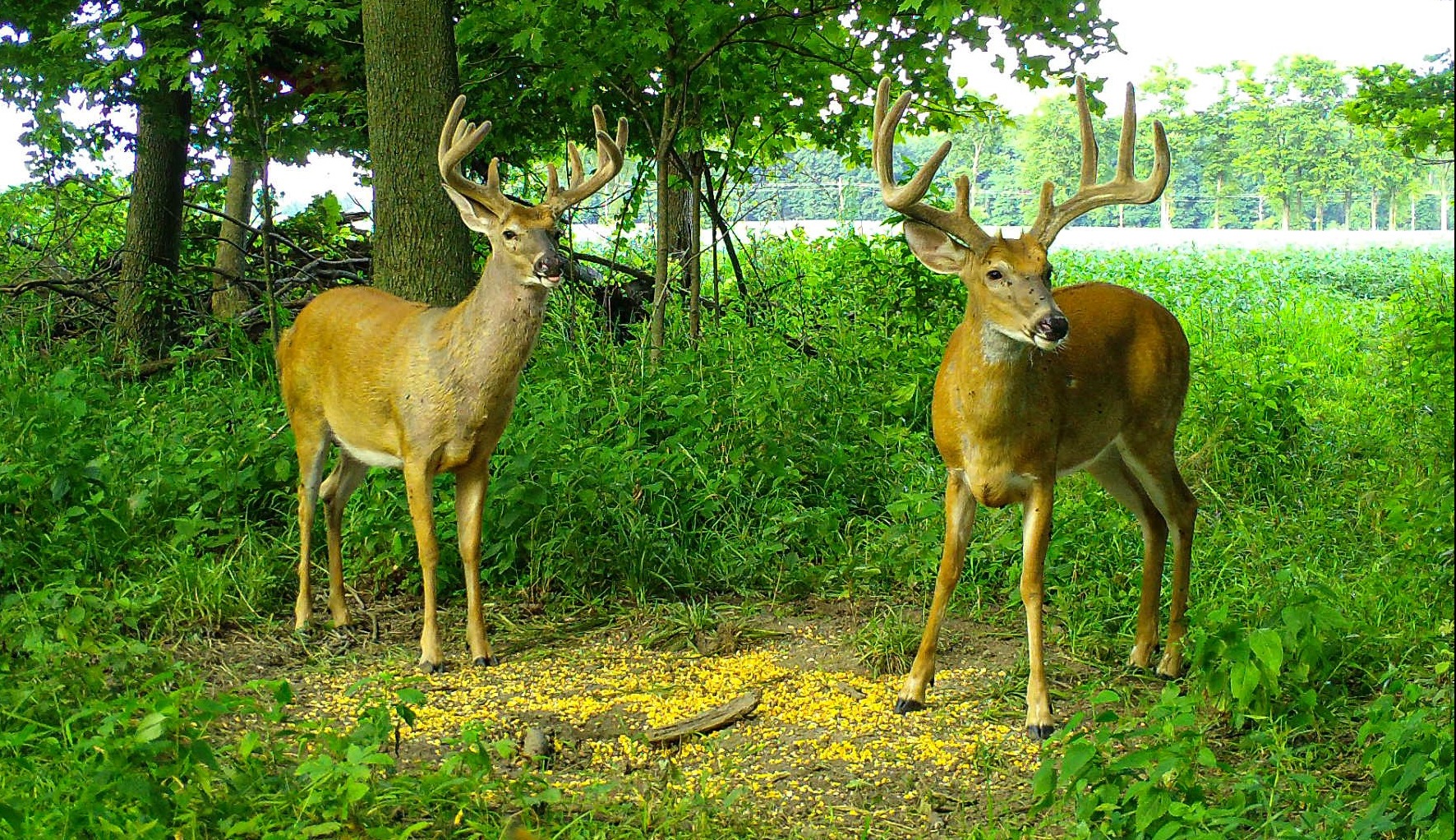 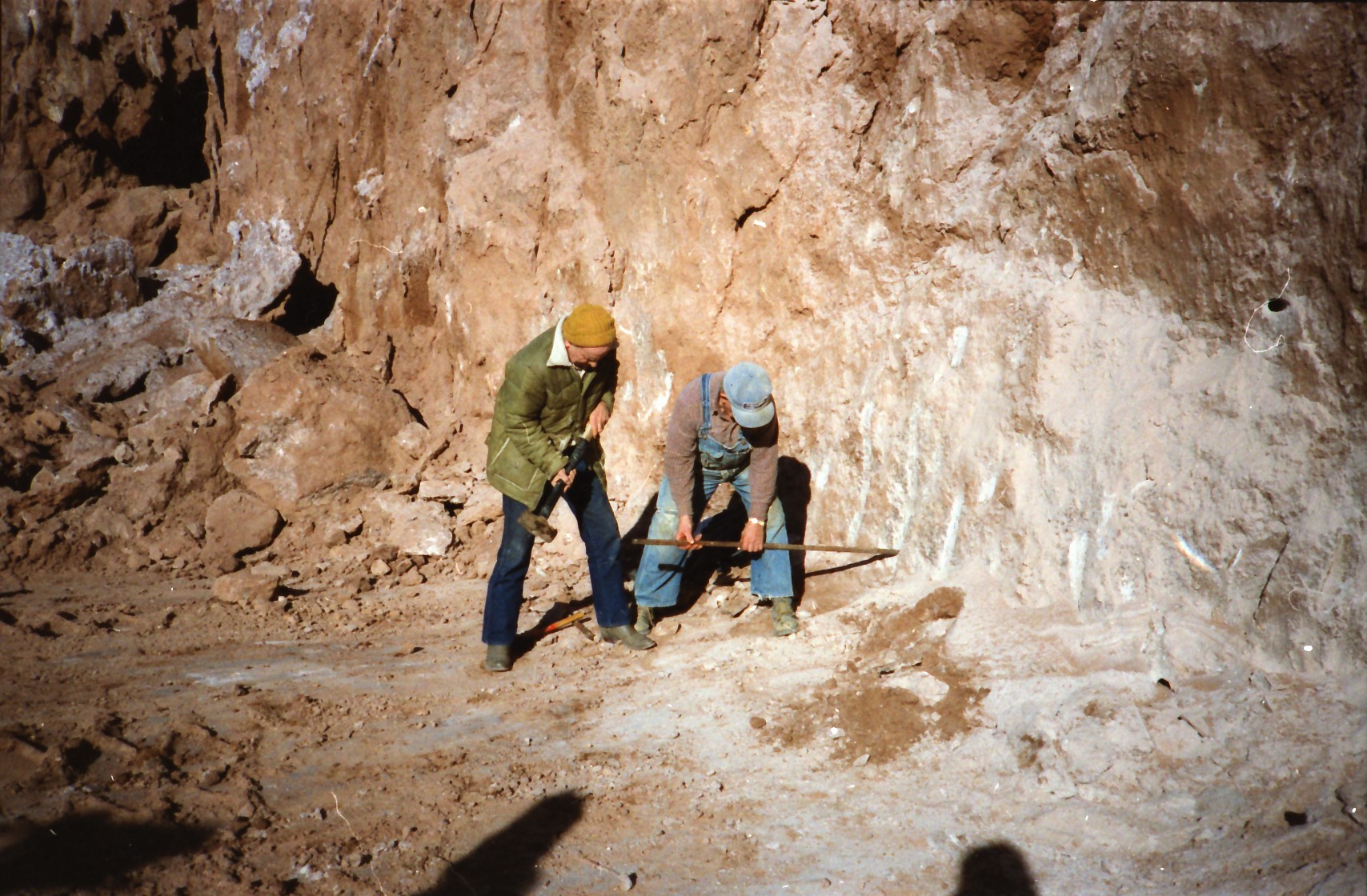 At Redmond Hunt, we have a proud 16-year history of bringing you natural mineral products that... 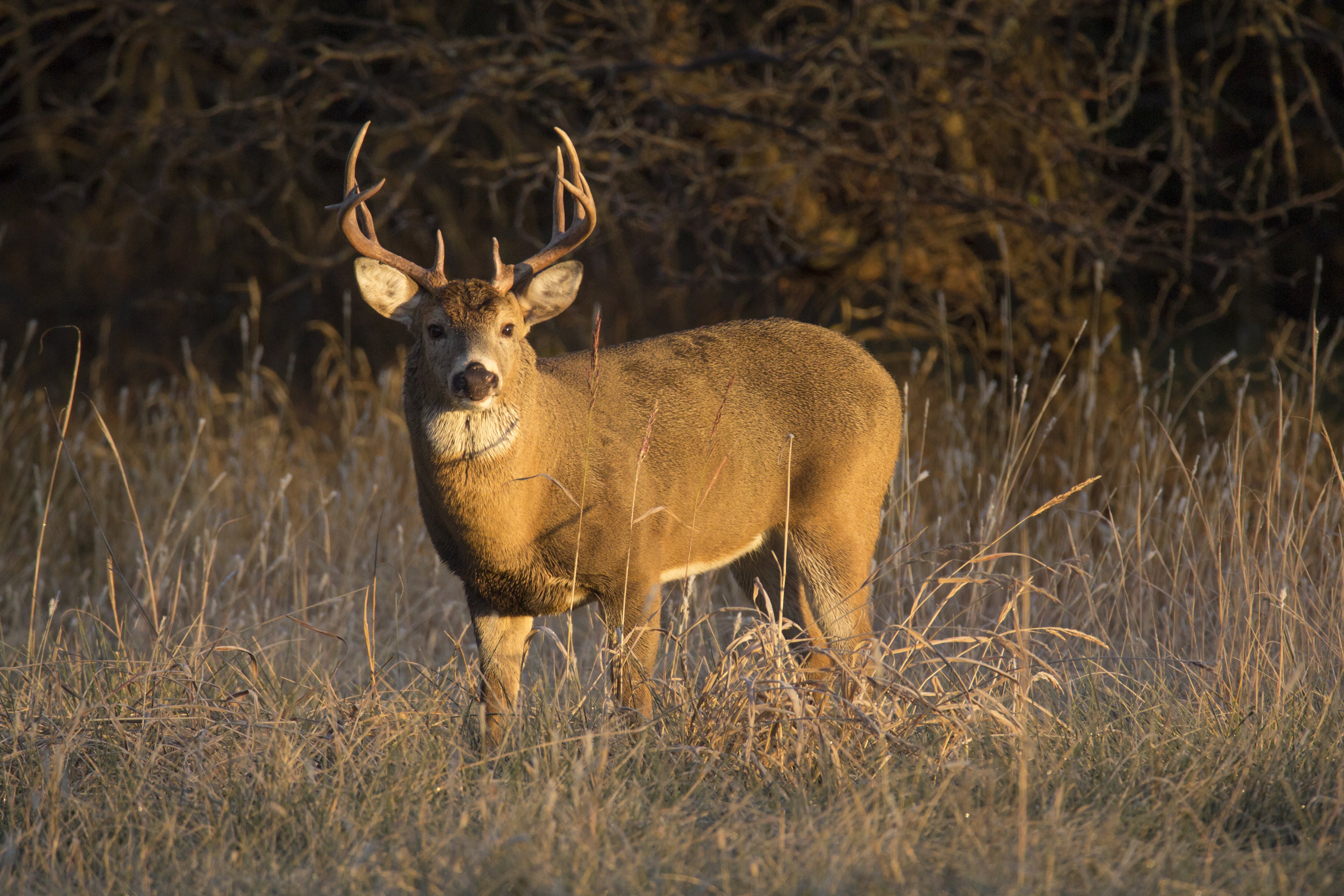 The end of summer is in sight, which means whitetail season is getting close—very close for some.... 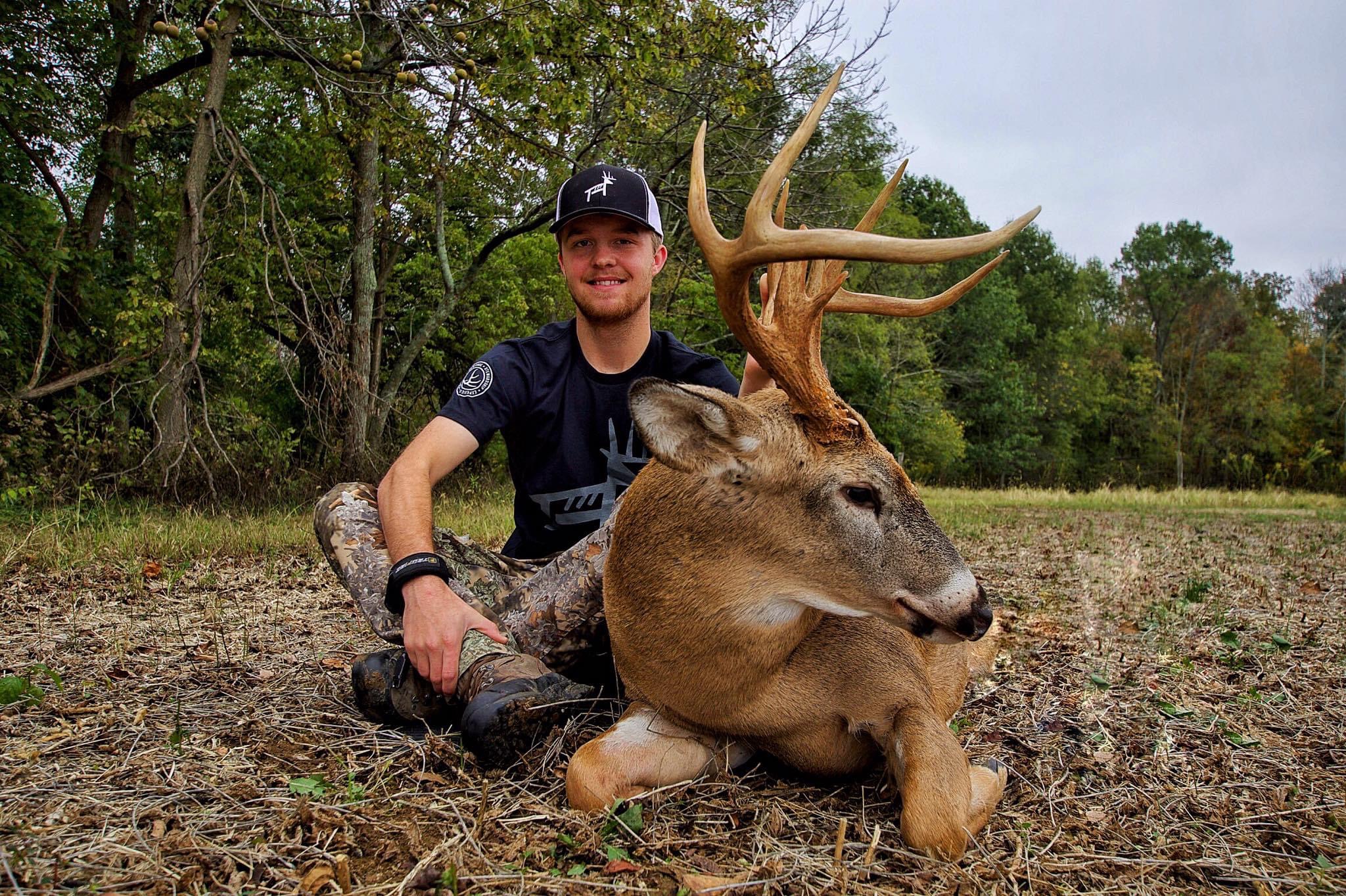 Harvest 101:  How to Care for Deer After the Kill
0 Comments

It’s deer hunting season and you just snagged a nice buck in your corner of the woods.... 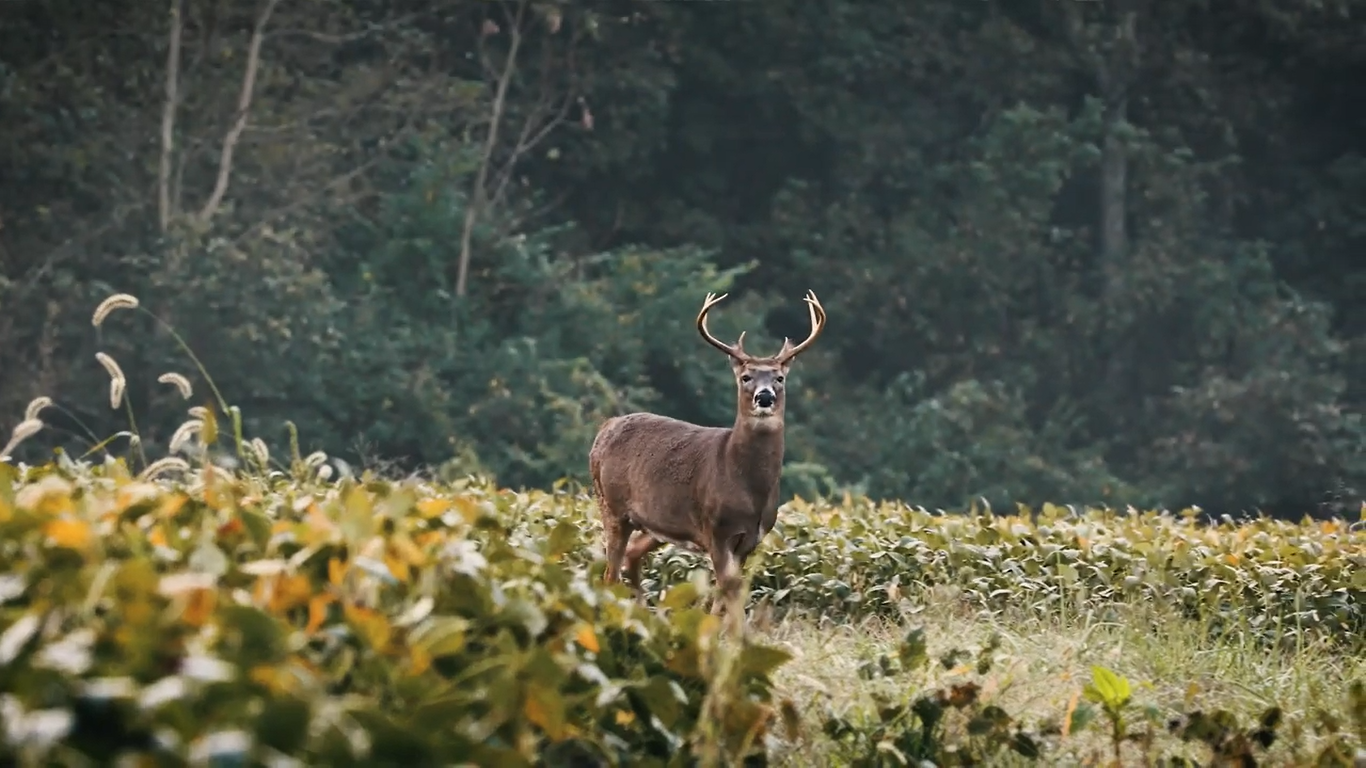 How to Use Cherry Bomb Long-Range Deer Attractant
0 Comments

As summer wanes, it’s time to site in on deer hunting season and sort out your strategies for fall.... 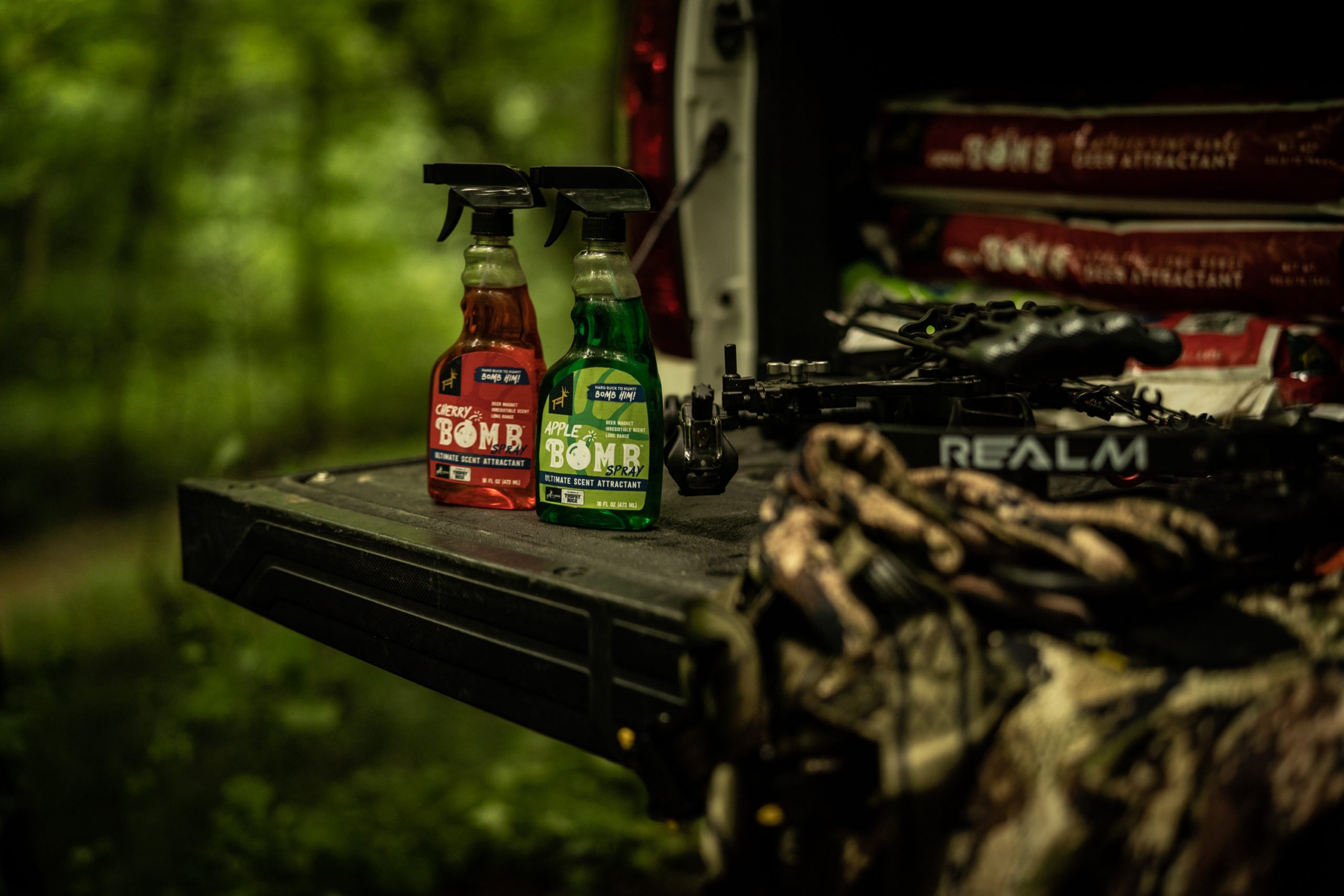 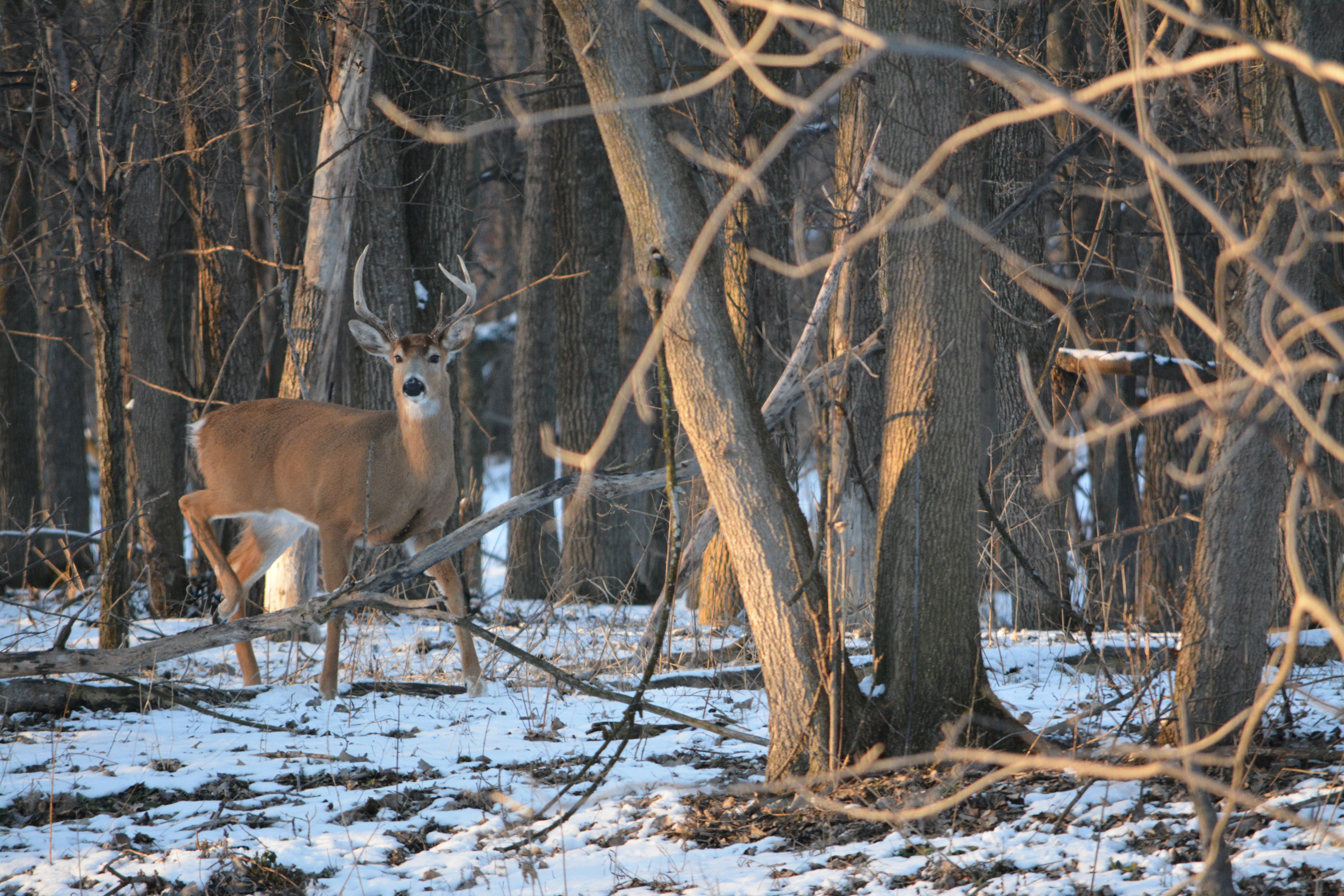 By late November the rut winds down, most hunters have hauled in a buck and headed home, and the... 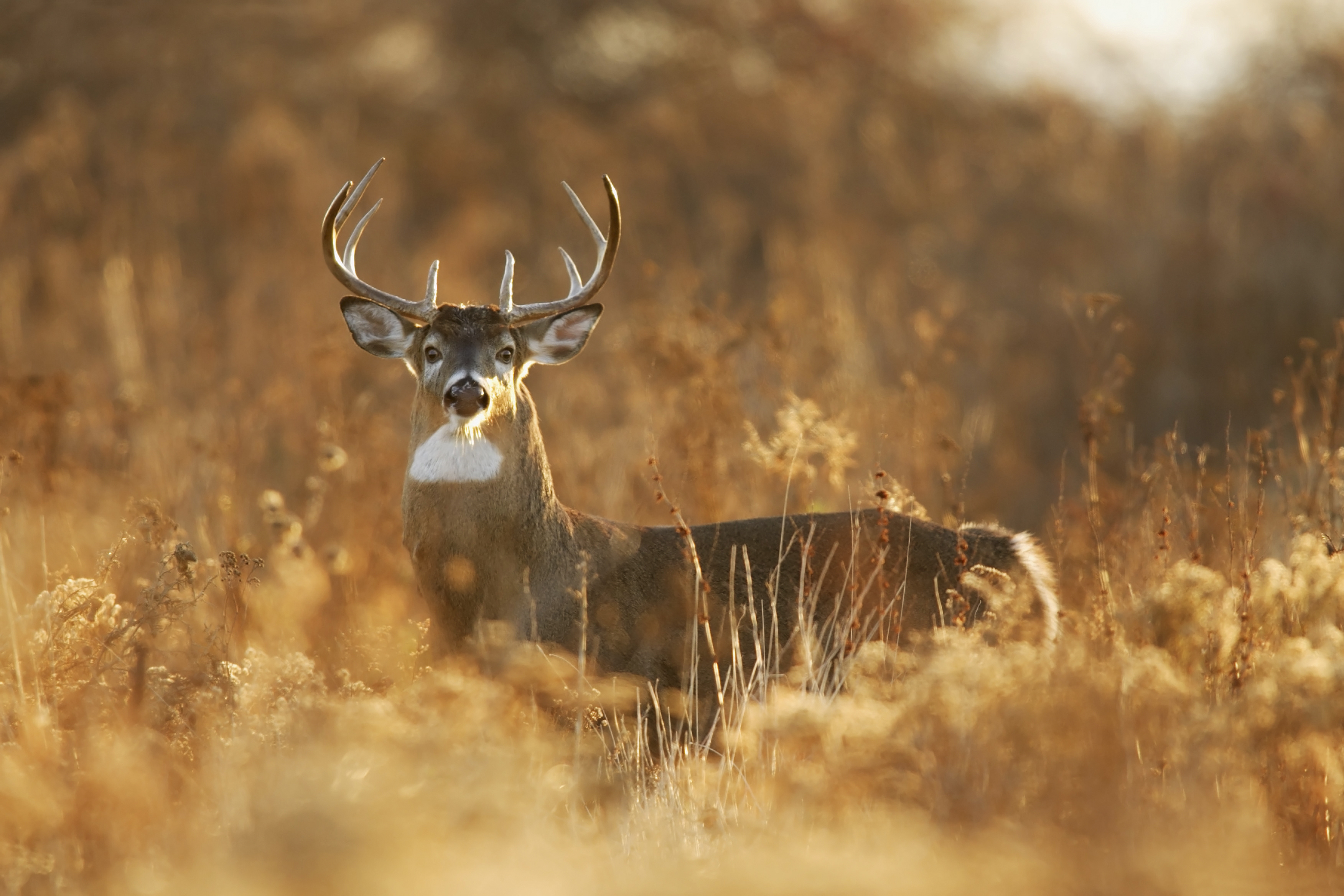 Tips From a Taxidermist: How to Prep Deer for a Mount
0 Comments

Maybe you’re hot on the trail of a once-in-a-lifetime buck. You finally drew that elusive tag...